My current music obsession is the band METRIC and their song HELP I'M ALIVE off their CD Fantasies. You can take a listen here. 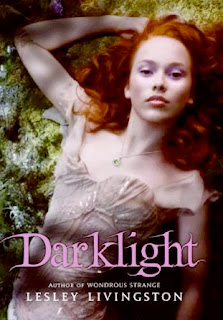 In this sequel to Wondrous Strange, Kelley Winslow finds her NYC acting career blossoming as she takes the lead in Romeo and Juliet. But she also finds herself desperately missing Sonny Flannery—who was forced back to the Faerie Otherworld, charged with a dangerous mission by Kelley’s father, King Auberon.


When Kelley finds herself thrown into the Otherworld following a deadly chase in Central Park, her passionate reunion with Sonny is cut short. Ancient magick is stirring, and a dangerous enemy has Sonny and Kelley caught in a web of Faerie deception that could tear their love apart.
From lesleylivingston.com

So here's your chance to win a copy of DARKLIGHT. It is an ARC even though the real copy is released. In order to enter to win a copy, comment below with your email. You may comment as many times as you wish in order to win. Every comment counts as an entry. YOU MUST BE A FOLLOWER IN ORDER TO ENTER.

Contest ends in two weeks, on June 13th. I will email the winner and the winner will have 48 hours to respond. If the winner does not respond during that time period, then a new winner will be chosen.

So what are you waiting for? Get commenting. Every comment is a new entry :) Enjoy!

EDIT: This contest is open to the US ONLY. Sorry guys, I don't have money to ship overseas.

EDIT 2: I've decided to extend the contest for another week in hopes that you all will spread the word. Thanks to all who have entered so far, but I will choose a winner on 6/20, so keep commenting and get more people to enter!
Posted by The Lovely Reader at 5/30/2010 14 comments: 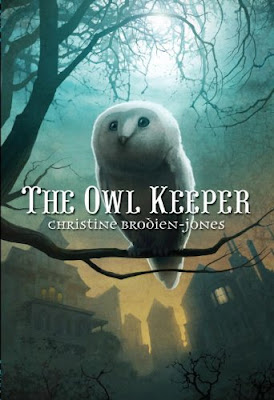 No matter how nice they appear to be, caretakers are scheming against your good will. Take caution when eating whatever they give you.
Posted by The Lovely Reader at 5/27/2010 No comments:

So I don't know how many people have actually seen this blog so far, but in order to motivate people to log on and follow my blog, I have a large group of books that I will be giving away in the next month or so. If you would like a chance at winning any of these, please follow the blog. I will start the giveaways once I get a couple of followers, but as a preview, here are the books I will be giving away. 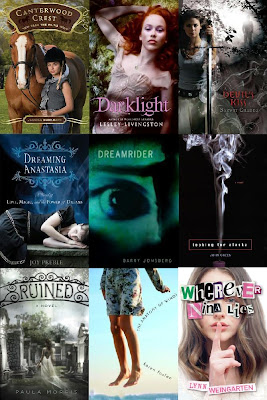 For those of you who don't know
PB = Paperback
HC = Hardcover
ARC = Advanced Reader's Copy
All the books are new except the copy of Looking For Alaska which is used.
Posted by The Lovely Reader at 5/26/2010 No comments:

A fable of a terrifying near future.

Grace was raised to be an Angel, a herald of death by suicide bomb. But she refuses to die for the cause, and now Grace is on the run, daring to dream of freedom.

In search of a border she may never reach, she travels among malevolent soldiers on a decrepit train crawling through the desert. Accompanied by the mysterious Kerr, Grace struggles to be invisible, but the fear of discovery looms large as she recalls the history and events that delivered her uncertain fate.

This book seems to have it all. I can't wait for this new release from an author who has already shown so much promise in books such as Love You, Hate You, Miss You and Living Dead Girl for being capable of writing on a darker side.
Posted by The Lovely Reader at 5/26/2010 No comments:

Teaser Tuesdays is a weekly bookish meme, hosted by MizB of Should Be Reading. Anyone can play along! Just do the following:

Grab your current read
Open to a random page
Share two (2) “teaser” sentences from somewhere on that page
BE CAREFUL NOT TO INCLUDE SPOILERS! (make sure that what you share doesn’t give too much away! You don’t want to ruin the book for others!)
Share the title & author, too, so that other TT participants can add the book to their TBR Lists if they like your teasers! 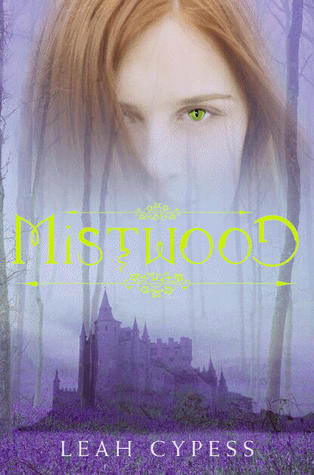 Mistwood by Leah Cypess
From Page 87

"She is an unnatural creature, with no human feelings, and the kings of Samorna are fools to believe they know her purpose. Don't be swayed by her delicate form, and don't make the mistake of trusting her for a second."

Comment with your own Teaser Tuesday and be sure to check out MixB's blog!
Posted by The Lovely Reader at 5/25/2010 No comments:

Another band I recently started listening to is FLORENCE + THE MACHINE. The first song I heard from her was COSMIC LOVE off her CD LUNGS. You can give the song a listen up above.
Posted by The Lovely Reader at 5/24/2010 No comments: 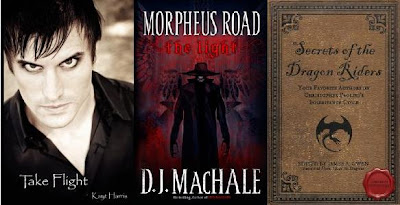 This week, I recieved a signed copy of Take Flight by Kayt Harris, a signed copy of Morpheus Road: The Light by DJ MacHale, and a copy of Secrets of the Dragon Riders by James Owen, all won through contests.
Posted by The Lovely Reader at 5/23/2010 No comments:

Labels: in my mailbox

Hey everyone. My name is Jessica and I'm starting up my own book blog here at The Lovely Reader. I know, I know, another YA book blog. Please help me make this not another book blog by giving me some tips and suggestions in the comment box. Over the next couple of days, this blog will be purely for getting my act together before I start posting, so things will be spotty at first as I learn blogger. Please, please spread the word about me and this blog, and I promise to send some contests your way. I've got a pile of books to give away as I start up this blog, but can't do that until I get some followers! So spread the word, leave me some comments, and I'll make this work. Thanks :)
Posted by The Lovely Reader at 5/19/2010 No comments: