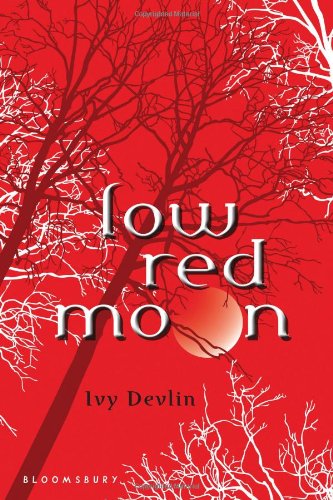 Avery Hood is reeling from the loss of her parents--and the fact that she can't remember what happened to them even though she was there.

She's struggling to adjust to life without them, and to living with her grandmother, when she meets Ben, who isn't like any guy she's ever met before.

It turns out there's a reason why, and Ben's secret may hold the key to Avery finding out what happened to her parents...

But what if that secret changes everything she knows about--and feels for--Ben?
From Goodreads.com

To be honest, this took away a lot of the story. It was obvious from the beginning that something was up with Ben. And since the story is a retelling of Little Red Riding Hood, you can guess what he is. And besides, lots of the details surrounding him point a huge hairy finger at what he is, but in case you don't get that from knowing what it's about, I won't mention it any further in my review.

Before straying too far away from the topic of Twilight (and I promise this will be my final mention of it in the review), the book has some hysterical parallels to Twilight, whether Devlin intended them or not. For example, there's a How old are you? Seventeen. How long have you been seventeen? scene in the book that made me laugh aloud. A+ for humor.

But that, unfortunately, is the only A+ I can give. The book's plot is sketchy throughout the entire novel, and events are predictable. And since it was released at about the same time another retelling of Little Red Riding Hood was released, I did have high expectations, and the book crashed them.

On the plus side, Low Red Moon has a great opening. If you haven't yet, pick up the book and read the first line. It will make you keep reading. The pace starts quickly, but then the rest of the novel falls short.

Even though I feel as though this review is jumping around everywhere, another thing I have to mention is the book's design. I love it. The foil cover is beautiful and, on the inside, the bottom of each page has a red image of a tree line and every time the word moon is referenced, it's written in red ink. Very creative.

Unfortunately, we can't judge books based upon their covers. The book's an alright read, but I wouldn't reread it. It's a one time through in order to review.